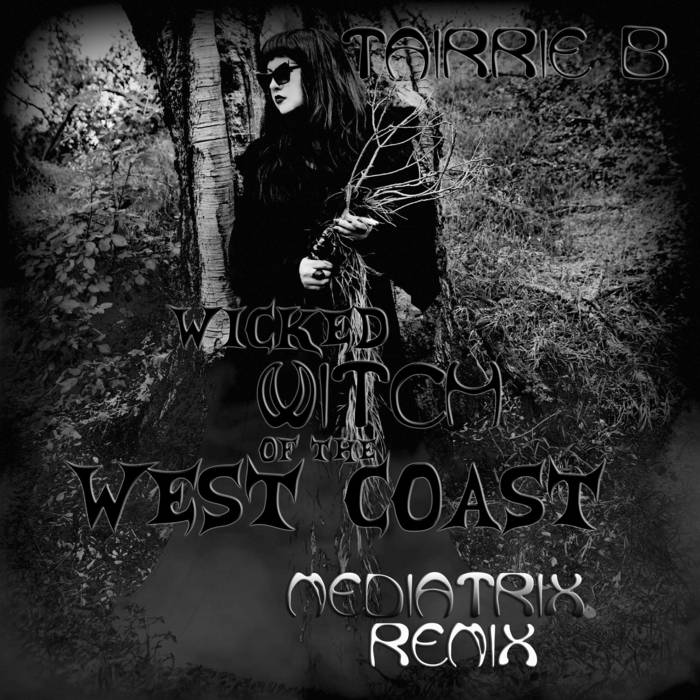 This track is a FREE DOWNLOAD and gift to friends & fans. If you care to make a DONATION in the name of ART with your DOWNLOAD, I thank you and as always, appreciate the support of my MUSIC and myself as an ARTIST. ♥ Enjoy and please share! x

"I’m excited to debut my new remix created by the fierce London based producer extraordinaire Nina Mediatrix who I discovered via Twitter after the release of my album. I have been impressed by her many incredible talents as a producer along with the depth of musicality within her remixes. When she reached out to me with an offer to collaborate, I couldn't resist joining forces. I fell in love with her bewitching and unexpected spin on the track from first listen and feel honored to have the chance to work with her at this early stage in her career. She’s got great ideas and a unique perspective which shines through in her music. I’m thrilled to have her conjure such a totally different atmosphere giving the song a new and yet hauntingly classic hip hop sound while staying true to the old school vibe and sensibility of the original recording.“ - Tairrie B

Since 2014, female fronted Mediatrix Music’s discography has included an eclectic mix of innovative remixes for independent artists, bootleg work and original music. The popular Björk bootleg for Lionsong (Maybe Mediatrix Remix) drew much acclaim, cited early in the year by European music magazine Toutestin as one of "8 New Tracks You Should Know In 2015” and with Nina Mediatrix being heralded as a "Queen Of The New Cool” by the US blog of the same name. Encompassing influences including classical and world music mixed with 'of the moment' electronic production, other notable bootleg work includes Zhala, Azealia Banks and The Prodigy. Summer 2015 saw the release of debut original song ‘Summer Saga’ and accompanying remix which garnered attention and praise from a number of music and feminist blogs. Several remix projects are set to be released over the next few months and a debut EP is in the pipeline for early 2016.

QUOTE ☞ "Tairrie B is such an important figure in both rock and hip hop. If you’re interested in the journey of women in music, to quote Tairrie’s own lyrics, "Check your discs you’ll find me
But if ya don’t betta check your history..” I am a longtime fan of her work as a rock musician with her band My Ruin and I’m thrilled to be able to remix for Tairrie on her return to hip hop. When I heard ‘Vintage Curses’ the attitude, the samples and the overall mood really resonated with me and I thought it was intelligent, inspired and fresh. Sonically, I love the 90s vibe and I often use throwback elements in my Mediatrix Music remixes such as 808s and Orchestra Hits. In remixing "Wicked Witch of the West Coast" I wanted to offer something that paid homage to Tairrie’s rap legacy and early years with Eazy E's Comptown Records label whilst creating a sound that would work in 2015. The remix is not going to be what people are expecting- which makes it even more exciting to share! On a personal note, like many other women of my generation and particularly as a female producer and musician I have been hugely influenced by Tairrie and feel I have benefitted from her positive, authentic, representation of women" - Nina / Mediatrix

PRESS QUOTE:
"Although the overriding misogyny of the Rap/Hip-hop scene continues to be a difficult hurdle for female talent, the likes of Kate Tempest, the classy Dej Loaf and Little Simz represent a new generation of talented girl rappers. In addition, 2015 also saw the return of some old school talent; with the unique Missy Elliott coming back with a stylish new single after stealing the half time show at the Superbowl from under Katy Perry’s nose. However, it’s Tairrie B., one of the most pioneering performers in the game, that has most surprised and challenged me this year with her return to the genre for the accomplished ‘Vintage Curses’ project. It showed that she still has a flow comparable with any major rap artist around right now, as well as being as empowering as ever. Check out this badass remix of ‘Wicked Witch of the West Coast’ by Mediatrix – another upcoming female talent. " - HARDPRESSEDED.WORDPRESS.COM

The Wicked Witch of the West Coast....

Witchy Woman...
Where be this Witch?
Right here motherfucker!

Murder's what she wrote...this is more evil!

Time for the revival, the rebirth and the reckoning
Microphone check one, two I’m checkin’ in
I felt the beckoning and answered the calling
Mind, body and soul now I’m all in

The reawakening and manifestation of me
Blessed be, to the power of three
Coming hard like a gangsta,
Thanks to the way I was raised…on NWA
So be mindful when you speakin’ to me
Cuz I can get primal with a scream if need be
Keep my profile low like WC
Ain’t a damn thang changed inside me

Lived and died in the heat of Los Angeles
Within an industry that’s always been scandalous
Kept my dignity was true to my essence
And now it’s time for you to feel my presence...Yeah

Witchy Woman…
Where be this Witch?
Right here motherfucker!

Mouth is my weapon, microphone lethal
Murder’s what she wrote, this is more evil
Now that's what i'm sayin'....

Sit down... It's gonna be a bumpy night
Quote Bette Davis, when I’m on the mic
Polarize when I leave but this ain't “All About Eve”
I'm a vet not an ingénue, ya betta believe
I’m legit, I’m never weak when I spit
Speak my mind so never mind why I quit
Cuz I'm back and I'm fierce just like vintage Chanel
Resurrected myself and I can still rock bells
Like LL with a rebel yell and I own it
This is my moment
Hello! Now let the dust settle
Ya thought you lost me to heavy metal
Hell no! I still flow like the poets I quote from the past
Woolf to Sylvia Plath
Casting spells when I clear my throat
The Wicked Witch of the West Coast

We're not in Kansas anymore....
West Coast style from LA!

Now don’t get mad cause I’m back with a vengeance
Just clear the way as I make my entrance
Like an old school beat that’s mean with style
Ain’t got time to act a fool like a child
I’m grown and you shoulda known I’d come off like a boss
In a suit, never mind what it cost
That’s irrelevant, not here to flaunt figures
Or flash my tits and ass like other bitches
I’m Ruthless you’re gonna respect it...shit...
I influenced ever since my first record
A headbanger and a motherfuckin' rhymesayer
From Ice Cube to Slayer
So let it rain, reign in blood, get ready
Here I come to cold crush and rock steady
Hell hath no fury like a woman scorned
Or a bitch reborn…yeah

Witchy Woman…
Where be this Witch?
Right here Motherfucker!

Mouth is my weapon, microphone lethal
Murder’s what she wrote, this is more evil
The saga continues…
Witchy Woman…yeah!
Where be this Witch?
I think you know my name....
Motherfucker...fucker...fucker...