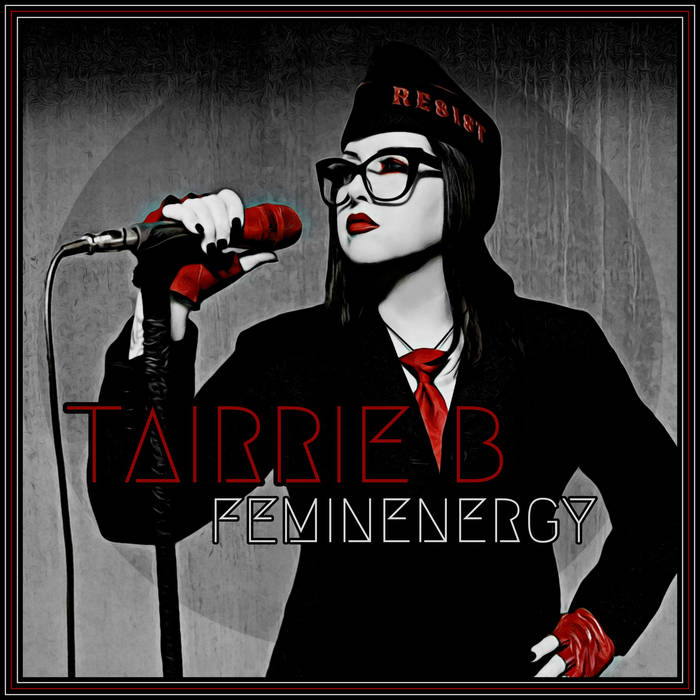 There are far too many instances of Donald Trump disrespecting women to recount in one song but I have found a few that spoke volumes of his character while describing him so accurately with his own words. Listen. He has always told us who he is.

With this 2020 election, women and those who care about them need to think about whether it is in their own best interest and the interest of their daughters (and sons) to keep an inveterate misogynist in the White House as America leans into its future. It’s time to say “no more” to the sexist slights against women. Especially those who pursue political representation. In this historic moment (no matter what side of the political aisle you are on) it’s time that every American take stock of these ugly ideas being held against women, especially women of color and upend them.

"The reason women are critiqued for being loud or too meek, too big or too small, too smart to be attractive, too attractive to be smart, is to belittle women out of standing up publicly. The goal is to 'critique' into submission and that applies to anyone challenging power."
- Alexandria Ocasio Cortez

It's no secret that Donald Trump has a long and troubling history with women. Especially when it comes to politics, affairs, assaults and intellectual endeavors. Misogynists tend to hate women who are outspoken, among other things. Misogyny involves intense prejudice against and the punishing of women who don't act the way men want them to.

This is exactly what Trump does when it comes to powerful women who have challenged him and he does it publicly often referring to them as "nasty" with demeaning personal attacks designed to diminish, belittle, berate and shame women. Aimed at their appearance and intelligence. Almost daily he demonstrates his hatred of women and lack of self control on Twitter, during interviews, in his press briefings and at his re-election rallies. As the President of the United States, his comments reflect our country. They set the tone for our national discourse and for the way others (including ordinary citizens and the federal government) treat women in every realm of life.

Being a woman in Trump's America, you can feel silenced, small and voiceless or you can feel empowered and invigorated knowing that your voice and your vote are your power. The next time you see sexist critiques towards women, remember what they really mean. The next time you hear Donald Trump or one of his out of touch Republican cronies attack a woman remember why they really feel the need to do this, remember this song and raise your fist in resistance.

There is nothing more dangerous to patriarchal status quo power than a woman who doesn't give a fuck about how she is critiqued, is willing to speak truth to power apologetically and stand strong in her own #Feminenergy ♀️⚡ Represent HER and #VOTE accordingly. 🇺🇸 🗳️

Megyn Kelly: “Mr Trump, one of the things people loved about you is you speak your mind and you don’t use a politician’s filter however, that is not without its downsides. In particular, when it comes to women. You’ve called women you don’t like “at pigs, dogs, slobs and disgusting animals. Your Twitter account has several disparaging comments about women’s looks. You once told a contestant on Celebrity Apprentice It would be a pretty picture to see her on her knees.” Does that sound to you like the temperament of a man we should elect as President and how will you answer the charge that you are part of the war on women?”

Trump: “Because here’s the story…you ready?” “I moved on her like a bitch” “I did try and fuck her. She was married. Couldn’t get there.”
“You wouldn’t have your job if you weren’t beautiful, It’s very sad.” “I’d look her right in that fat ugly face.” “She’s gotten a little bit large.” “She ate like a pig.” “I don’t want to sound too much like a chauvinist but…” “A person who’s flat chested is very hard to be a 10.” “The boob job is terrible. "A very low IQ person Maxine Waters." "Pelosi is a sick woman. She's got a lot of mental problems." "Is it offensive?" "Well, I actually think she's a hopeless case. I call her Pocahontas and that's an insult to Pocahontas."
"Kamala, Kamala, Kamala. You know what, people don't like her. Nobody likes her. She could never be the first woman President. That would be an insult to our country." "I think she's a disgrace. Uh, I've tried to be nice to her. She's a nasty, vindictive, horrible person." “I’m automatically attracted to beautiful women. I just start kissing them. I don’t even wait. And when you’re a star, they let you do it. You can do anything. Grab 'em by the pussy."

Anderson Cooper: "You've bragged that you've sexually assaulted women. Do you understand that?"

Donald Trump: "No I didn't say that at all. I don't think you understood what was said. This was locker room talk."

Chris Wallace: “Women have come forward and said that you either groped them or kissed them without their consent. Why would they all make up these stories?"

Donald Trump: "Because those stories are all totally false. I have to say that and I didn't even apologize to my wife. The events never happened. Never. All of these liars will be sued after the election."

Chris Matthews: Do you believe in punishment for abortion? Yes or no as a principle?

Donald Trump: Nobody respects women more than Donald Trump. That I can tell you. Nobody, nobody.

Brooke Baldwin: “Stupid, loser, sit down, very nasty.” Those are the words that President Trump used speaking to 3 journalists. 3 black women. There is something so wrong with this.


Step up to this
Witness rage from a raised up fist
Women are pissed
And the majority are sick of this shit
Toxic masculinity is more than a myth
And the Grand Old Party
Needs to cease & desist
Check it!
I represent 50% of our country
And I resent the patriarchy misogyny
Inequality and inequity of my gender
As a feminist I’ll always defend HER
Right to choose
And continue the conversation
Of discrimination
By those who laid the foundation
Before me
Like Gloria Steinem in the seventies
Female empowerment
Doesn’t mean we’re the enemies
Fuck pleasantries
And this reality show Presidency
Hardcore
I rock the microphone intentionally
Politically charged
To debate and resonate
I cultivate my message eloquent
And don’t hesitate

Listen and don’t get it twisted
I’m not nice
Ain’t in the mood to be fucked with tonight
Gonna speak my mind
Cuz I won’t be silent
And I refuse to be abused or compliant
Yes! A war on women exists
And Donald Trump
Is a fucking misogynist
From targeting women of color in Congress
To attacking every woman
Standing up for progress
Female journalists
Who call out his bullshit
Holding him accountable
For Tweets & comments
Black women seem to get it the worst
Always disrespecting
And berating them first
With his sexist rhetoric
and calling them “nasty”
You’re not paying attention
If you’re not angry
I’m outraged
So nevertheless I persist
Resist, coming with a raised up fist

Donald Trump: Quiet, quiet…quiet!
Donald Trump: She’s shocked that I picked her. She’s like, in a state of shock.

Now when I drop the mic
It hits the floor and I'm done
But I’m here to let you know
That I ain't the one
The original bitch
In control of my pitch
Take a sip from my bitches brew
And I’m flippin’ that switch quick
So before you come for me better think
Because my gun is my pen
And my bullets are ink
55 and rhyme after rhyme in full effect
Overdrive, in my prime
Keeping punks in check
Battle status is battle axe
Blasphemous on the syntax
As I attack these political hacks
Like McConnell and Graham
Who lie with impunity
Hurt women and the LGBT community
Generations of racists
And conservative crime
Taking over the Senate
Trying to turn back time
But enough is enough
I’m off the cuff no assist
Coming with a raised up fist

Brooke Baldwin: These women have conducted themselves with the utmost respect. The person who apparently has none…THE PRESIDENT.