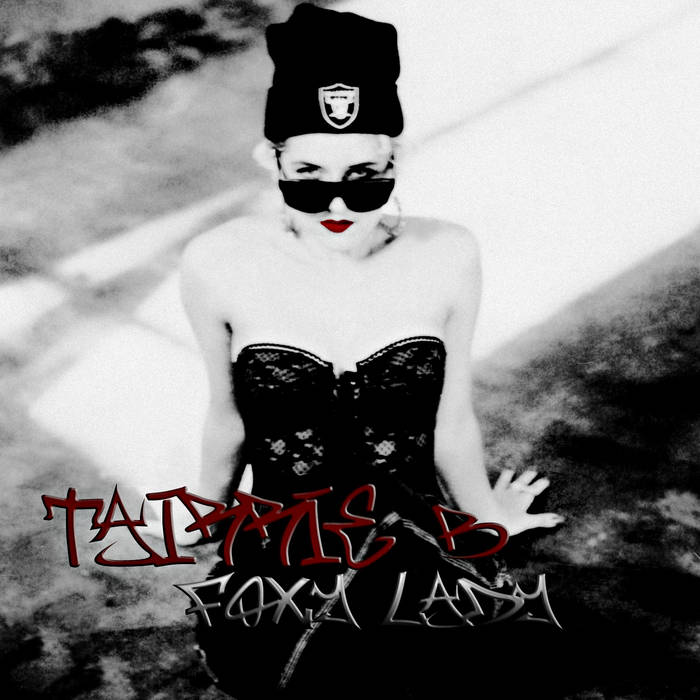 diskobob Tairrie B... This track is awesome. "Power Of A Woman" was such an underappreciated cd. I played it to death the summer of 89. Still listen to it till this day. Thanks for releasing this track!!

I recently found a box of old demo tapes and early recordings. This song was originally recorded in 1989 by myself and Quincy (QD3) Jones Jr as the demo I played to get my first record deal with Eazy E.

This is the 2nd version of the song which features added production and vocals from MC Ren of NWA and scratching by DJ Crazy Toones, beatboxing by DJ Lethal and guitar by Stan 'The Guitar Man'.

This version has never been heard until today. The first part of it was actually used as the intro for my album 'The Power of a Woman' album which was released in 1990 on Eazy E's Comptown Records label . The full song was going to be a B-Side on a 12 inch single but never issued because I decided to start recording my second album (Single White Female). Enjoy! ♥

FOXY LADY
----------------
Tairrie B is on the mic
Quincy D is on the mix and...
When it comes to rhyme I’m the hip hop vixen
Fox!
Knocks, Knocks em out the box
Ain’t taking no shorts or riding no jocks
My bodyguard’s strappin', packin' a weapon
Suckas start backin' up there’s no steppin'
This is my show, I flow, lyrics like a faucet
So, get out my way when I toss it

Cause I'mma get raw, get rough
Call your bluff and break
And I’mma do it all in one take
This type of style will gets ya hype and while
I’m down with Comptown, I get wild
I’m the girl extraordinaire, the girl they call Tairrie B
Ah yeah
So when I rock the M.I.C.
I get hyped cause I lust it
Pen to paper, mouth to mic then I bust it
Now I’m a type the girl who don’t play no game
Get on the microphone and treat em all the same
No face, no name, just another emcee
Tryna get what I got or tryna get with me
But...
They can’t get none, cause I’m a pro
So you little league punks
Know where you can go
Tairrie B’s at bat no if, and or maybe
Foxy Lady!

Now when the T is on the set
I suggest you keep a distance
A female rapper who needs no assistance
Ren is producing the style I’m introducing
My DJ’s getting loose and all the men I am seducing
In steel toed boots I walk
Yo...If I were a man on the mic y’all’d jock
Tairrie B’s in the place with a rhyme so def
I rock the house front, back middle, right to left
And I’m built like Miss Monroe, ya know Marilyn?
Ya’ll bust this beat it be barreling
Rollin over rappers like a brand new tractor
Crushing emcees like a trash compactor
Wearing Chanel while you’re wearing Max Factor
Your sis tried to did this so I smacked her
Goddess, Is what they call me baby
Foxy Lady!

Now I be what is known as a moll
The gangstas girl, the Comptown doll
I’m wearing diamond rings and running things
Rock the microphone till it sings
Kings I’m stunning, Queen’s I’m shunning
A wack rapper can never get none
In fact I find fun in emcee’s running weak rhyme
I ain’t about to be done in
Kill that noise from a Mafia tip
Cause Tairrie B don’t play that shit
I go the length on the strength or haven’t ya heard?
That I’m a Ruthless woman
(MC Ren) Word!
I got the men saying
(Crazy Toones) Man, I bet a man wrote the jam
I got the girls saying
(Joycey Joyce) Girl, the girl can slam
I got em all saying damn knowing who I am
I knock a sucker wham bam and leave em a fan!

Coming correct in effect in a fly girl pose
You’re in check and everybody knows
Ya stupid hoes who talk chit-chatter
Well I’m here to make it clear it don’t matter
Flattery, is what you’re giving me
If every rapper was a singer, I’d be Teena Marie
So fasten your seatbelts, hold on tight
Tairrie B is on the mic ready to rock ya tonight
You never thought you’d see a lady looking like me
Getting dumb, getting some in the place to be
And if other girl rappers try to dis this
I’ll say, sista mind your own business
Cause the time has come to put ya all on the run
And you’ll be over and done like last Christmas
The name is Tairrie B but when I emcee it’s…
Foxy Lady!