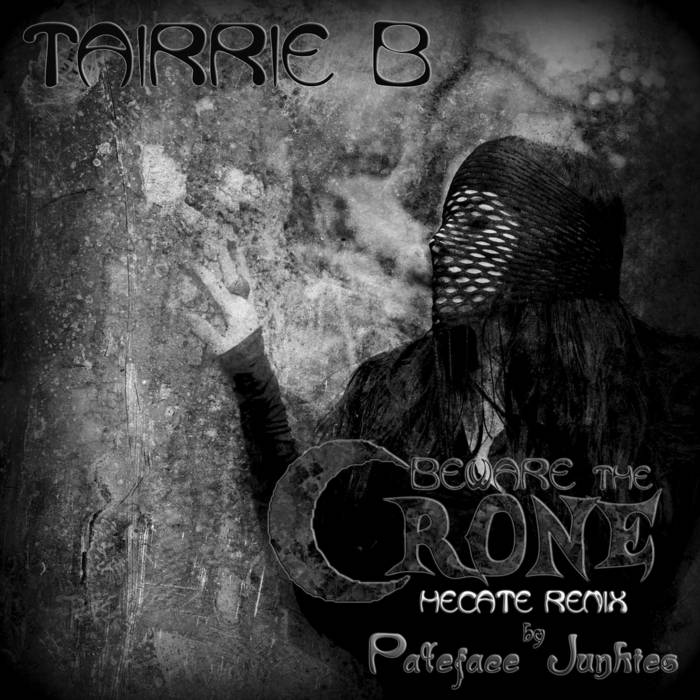 This track is a FREE DOWNLOAD and gift to friends & fans. If you care to make a DONATION in the name of ART with your DOWNLOAD, I thank you and as always, appreciate the support of my MUSIC and myself as an ARTIST. ♥ Enjoy and please share! x

QUOTE ☞ "Named in honor of Hecate – the powerful goddess of magic, crossroads, fire, light, the moon and the underworld – the new remix was created by producer, beat maker and MC, Kid Vibe from St Louis’ original underground Hip Hop group, PaleFace Junkies. I remember hearing this really cool track called “Livin’ In The City” which Kid Vibe produced and also rapped on along with Danny Diablo a.k.a. Lord Ezec and Joey Knuckles of the Suicide Kings. It also featured DJ Lethal who was an old friend of mine. The hook was a homage to the classic punk rock song by FEAR recorded in 1982 and I thought it was really clever and cool. Kid Vibe has worked with Madchild, Liquor Store Bandits, Swiss Precise, 3KNGZ and Samplecentric to name a few. He has been a vocal supporter of my return to hip hop and I really enjoyed having him remix this first track for me. He’s currently working on a new remix to drop in November. " - Tairrie B

QUOTE ☞ “I have been a huge fan of Tairrie B since her debut album The Power Of A Woman dropped on Eazy E’s Comptown Records label back in 1990, which is also when I first got into the hip hop scene. We connected on Twitter and after hearing her new album I asked if she would be down for me to remix one of her songs. We chose her first single ‘Beware The Crone’ which I think was the perfect track as a reintroduction for her. The dark and witchy theme is very much representative of who she has been as an artist in underground rock for the past 20 years while staying true to her roots. Vintage Curses is by far one of the best hip hop albums to drop this year. Much like TAIRRIE, I too am a fan of the Golden Era and her latest recordings give a nod to this while remaining fresh and relevant in 2015. I really dig what she has done with the original and wanted to give her a bit of evil East Coast flavour to compliment her West Coast style without changing the overall mood or feel of the song.” - Kid Vibe / PaleFace Junkies

The witch...sorceress, enchantress...
A fearsome being of fairy tale and myth
Perhaps no figure in myth or legend has been so despised and feared...than the witch.

Picture a chick that’s mean
Amplify the pitch and I become a scream queen
Motherfucker don’t test me, you address me
With respect or get checked like rest see
I’m possessed when I’m pissed
More scary than the Omen or the Exorcist
I’m sick with this, infamous when I spit
The original bitch with the trademark lips
Check your discs you’ll find me
But if ya don’t betta check your history
First dropped in nineteen ninety
One of a kind when Eazy signed me
Raised in the sun on that gangsta shit
And I paid my dues so don’t trip
Oh, ya gotta a problem with it?
Yeah, I’m back and I’ve flipped the script
To a new chapter like the rapture
Get left behind or adapt your
Mind to rewind and to read the signs like a pastor
Before and after
The hair got blacker, the voice got deeper
I got stronger while they got weaker
Cheaper, showing that ass like trash
But I’mma come back with class
And pass to shed an insult to those egos
My lips are lethal
Tongue deadly as a gun on the microphone
Beware the Crone

After so many centuries of persecution....
Why would anyone choose to be called a witch?

Double double, toil and trouble
My cauldron boil and bubble
With blood, sweat and honesty
Blowin’ kisses to my critics like a true OG
Wind’s calling through the trees
Hecate…I call upon thee
Bind my enemies and leave them weak
From the poetry I speak
Guard the circle which I cast
With a wolf and clear my path
As I go faster cause I have to
Craft a rhyme designed to catch a
Thief and Kill a Mockingbird
Line to line and word for word
The mistress of magick will bewitch
Beguile as I kick it freestyle
Watch the transformation happen
From screamin’ back to rappin’
Tappin’ into my intuition
On a mission, y’all keep wishin’
I’d go away but I won’t
I’m here to stay like the women’s vote
Throwing up the goat as I quote Macbeth
What’s done is done but I ain’t done yet
Let that resonate like “The Bell Jar”
While I write my memoir
Invoking smoke from the microphone
Beware the Crone

I step into the light you adjust the lens
Hocus Pocus I’m back again
Wonder how, what, why, where the fuck I’ve been
You can’t focus or comprehend
I transcend the underground
When the sky is black and the moon is round
I rise like the tides the sea brings
Straight from the City of the Angels and got wings
Symbolic of a phoenix from a flame
And this dame still got game and a name
Verses in my veins
Givin’ birth to a new life takes pain
And labor, lots of flavor with heart
Won’t compromise myself or my art
Like Joan of Arc, I slay the microphone
Beware the Crone

Curses can be simple word magick
But their incantations feared, implications dreaded
And rightfully so